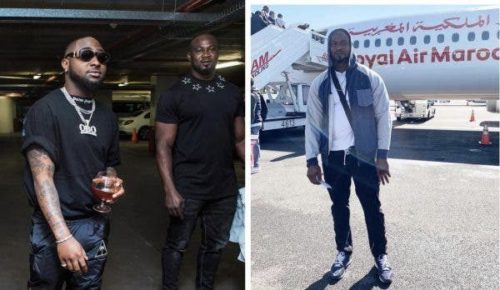 Pop superstar Davido has suddenly been thrown into mourning as he loses his longtime bodyguard.

In a piece of rather tragic news, Davido lost a friend Tijani who has been his bodyguard after the latter suffered a brief illness.

Ogbeide Tijani Olamilekan better known as TJ was an active member of the 30BG crew and the group mourns his demise.

Davido and other members of the DMW/30BG crew took to social media to mourn his demise.

Tijani died during the early hours of today after suffering a brief illness.