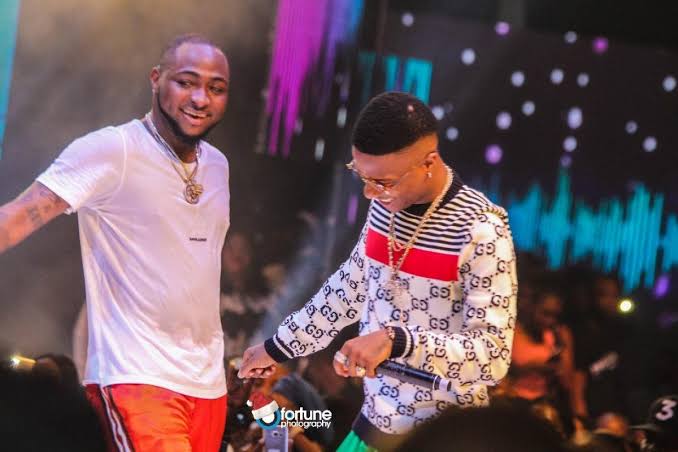 – There has been a “Silent-Beef” between two Top Artistes in the Nigerian music industry, Wizkid and Davido

– Although both artistes are always on their lanes, some of their fans are hopeful that a collaboration would happen.

– A young man identified as Timmy recently stated that the country would feel the impact if both artistes jumped on a track together.

A young man generated hilarious reactions and comments recently on social media with his hopeful tweet.

In the post which he shared on Twitter, the young man identified as Timmy revealed that the day top Nigerian Musicians, Wizkid and Davido, decide to jump on a song together, the country would shake.

Man says a Wizkid and Davido collaboration will shake Nigeria

“The day wizkid and davido will make a song together, the whole Nigeria will shake.”

Different reactions and comments followed Timmy’s almost impossible statement as both singers are not exactly friends.

Here’s what some people had to say:

@_fitprof stated that the collaboration would be a flop and not beat Olamide and Phyno’s.

Chikito said even if the collaboration happened, fans would still argue over who had the best verse.

@Majorchris4 explained that it was like seeing top footballers, Messi and Ronaldo on the same team, impossible.

Aminat stated that pressure and expectations would kill the potentials of the song.

Mashapa revealed that Africa would shake even.

Mario said the day Timmy was hopeful for might never come.

Meanwhile, it has been earlier reported that a young man on social media recently dragged Davido as Wizkid won Best African Act at the MOBO Awards.

The Wizkid fan, identified as Jeffrey, stated that it was not by white teeth, as Davido had not won any award to his name this year.

The white teeth drag came from the fact that the father of three who got his teeth whitened recently posted it on social media for all to see.

Whom would you rather hang out with? (KonfamGist) ???