21Years Imprisonment For Cultists, 15 For Parents 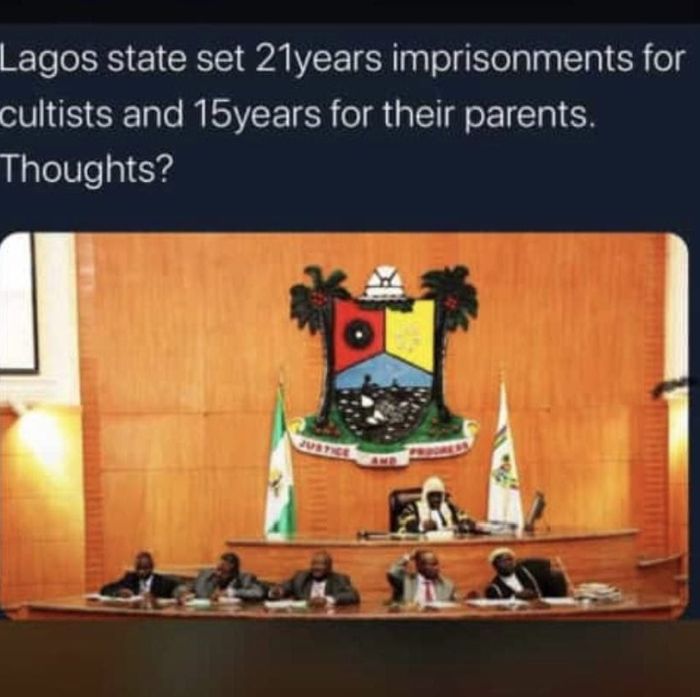 Lagos State House of Assembly has passed a new bill to start punishing the parent of any Arrested Cult members.

The bill was passed on Monday through a voice vote conducted by the Speaker, Mudashiru Obasa, NAN reports.

Obasa said the house included punishment for parents of cultists found guilty of cultism in the amendment of the Anti-Cultism Law submitted by the State government.

The speaker explained that this would further prohibit unlawful societies and cultism. David Setonji, representing Badagry Constituency II, described the issue as a major challenge.

Setonji advised parents and guardians to take proper care of their children by ensuring they complied with societal norms and values.

Obasa directed acting Clerk of the House, Olalekan Onafeko, to send a clean copy of the bill to Governor Babajide Sanwo-Olu for his