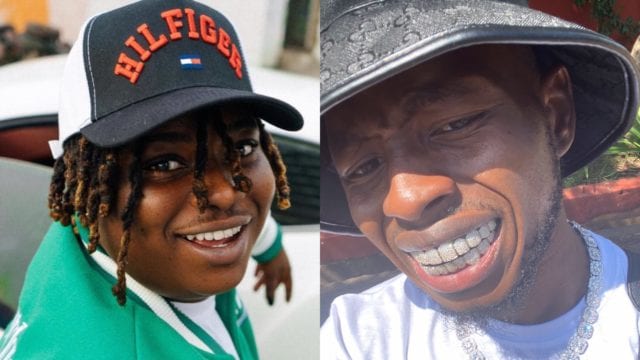 Nigerian singer, Barry Jhay has been arrested in connection to the death of his record label boss, Kashy Godson in Ghana.

On the 7th of March, it was earlier reported that Cash Nation Entertainment CEO, Kashy Godson was reportedly dead and the cause of his death was allegedly linked to him committing  suicide. However, there seem to be a new development regarding how the record label boss died as his label’s frontline artiste, Barry Jhay has been arrested in Ghana in connection to his death.

Barry Jhay and Kashy Godson had a misunderstanding and this led to a fight. Following the fight, Barry Jhay uploaded a video of his mouth bloodied on his Twitter page. In the video, he said;

”See the way this guy beat me, I didn’t do anything, I was recording. I’m done with Kash Nation.”

Later on, news of the Cash Nation boss death surfaced online. A guy named Rina (Kashy Godson’s brother) however has shared some vital details via his Whatsapp status in respect to how the Cash Nation CEO died. He posted;

A friend of Kashy Godson also shared a chat regarding the cause of his death as well. The chat

As of the time of filing this report, there has been no response from Barry Jhay’s management.