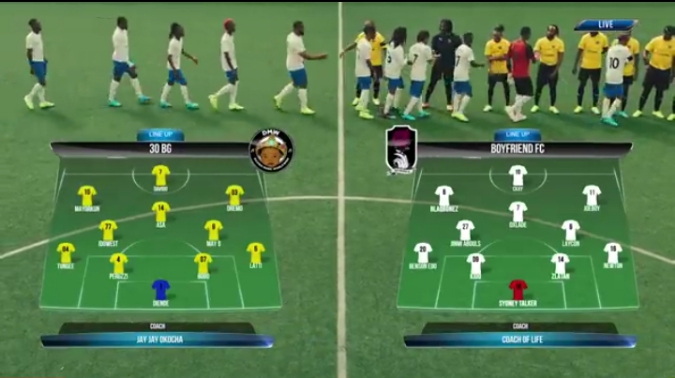 The video features scenes from the football match Davido played with his DMW gang and other music stars which went viral few weeks ago.

It showed another angle of the singer’s social and music extra-curricular skills which had endeared him to fans the more. According to him, he still holds unto the belief that we rise by lifting others and he decided to arrange a group of his friends to partake in a fun project they all love.

Davido in his prime, never fizzles out of relevance as his always unto something either in the music category or in something else.

He drops this one to satiate the longings of fans. With a funny title and the football scenes, it’s a video that will reign supreme in the days to come.