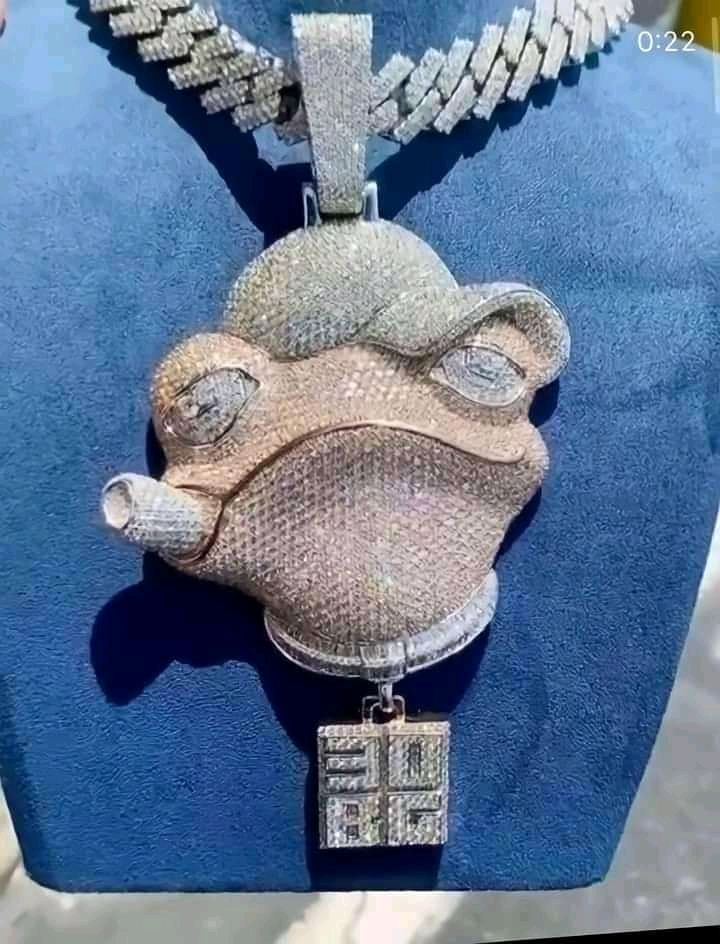 Brother to Davido, Adewale Adeleke has hailed the Afrobeat singer for his latest frog pendant acquisition.

The multi-million naira pendant which takes the shape of a frog would have seemed weird or just some crazy fantasy of Davido but it’s more than that.

Four years ago, arch-rival Wizkid according to the fan base has taken a subtle swipe at Davido for having a frog voice but the singer had kept mute about the incident leaving it to fans to fight for him.

But his brother has hailed in a tweet for converting the insult into a pendant and being proud of it despite the criticism saying it’s difficult not to love Davido.

The pendant is encrusted with diamonds and that makes it spectacular.

See his tweets below.