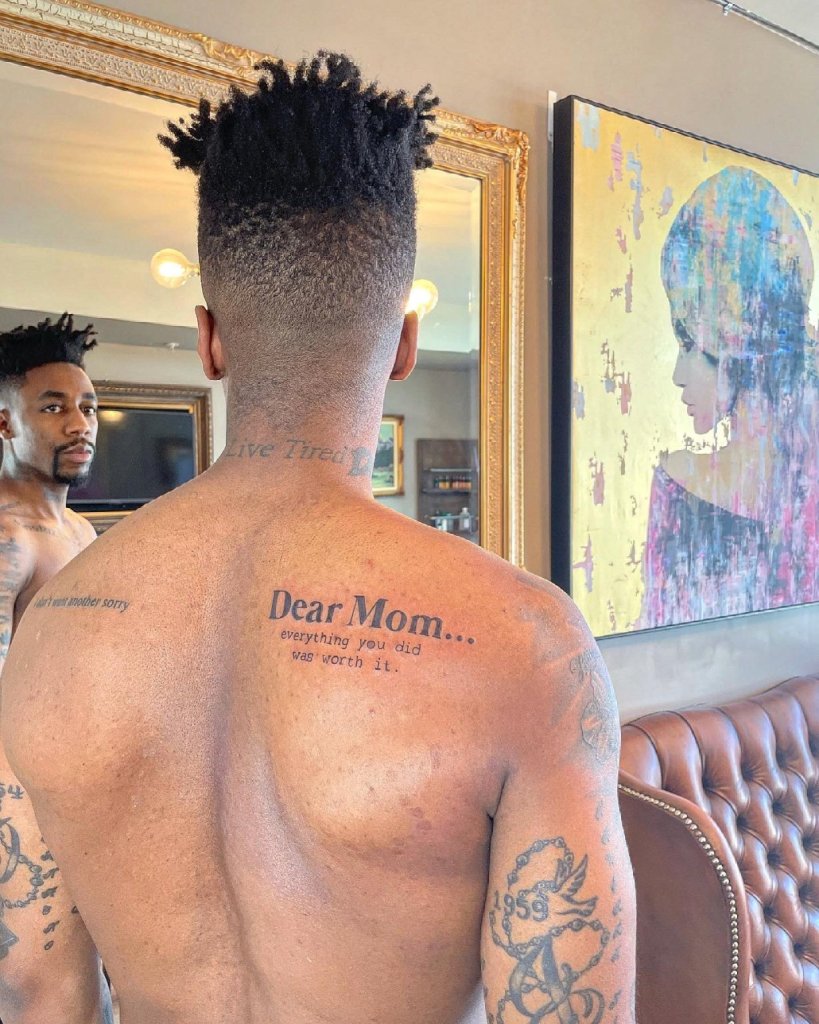 He accomplished this through his newly obtained tattoo, in which he declared that everything his mother said was worth it. Dax got a tattoo near his shoulder blade that sent a heartwarming message to his mother and clearly described his love for her.

In his words, he captioned:

“[NEW TATTOO] “Dear Mom…”
This is more than a song. It’s a poem. A letter from every child that’s ever existed. Words that I know billions of human beings have said to themselves but have maybe never had the chance to articulate. I’ll say it for us… May 6th.”

Dax on several occasions has professed his passion for his mother who he labeled inspired him to do music and guided him to glory.