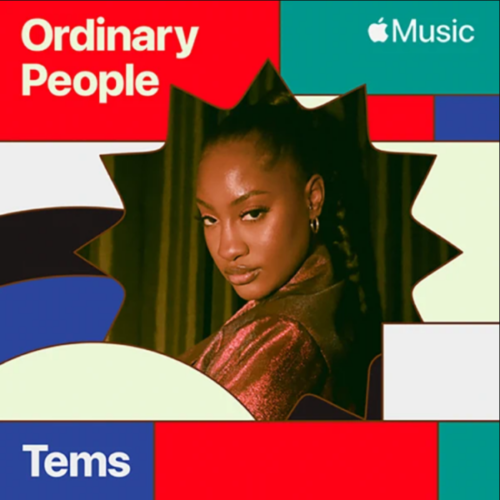 According to her, Apple Music invited her to do the cover, and she considers it an honor to perform the legendary song by one of the world’s most respected singer John Legend.

Apple Music is commemorating Black Freedom Day with the release of the Apple Juneteenth-inspired freedom music, a compilation of covers and originals.

And Tems was chosen by the global music streaming site for the cover of Ordinary People, a song that spoke to her because of its simplicity and power.

For her, freedom is vital for all people and individuals, which is why she was pleased to read about a particular day created to commemorate the freedom of Black people in the United States.