‘The Flash’: First Look at Barry’s New Suit and Golden Boots in Season 8 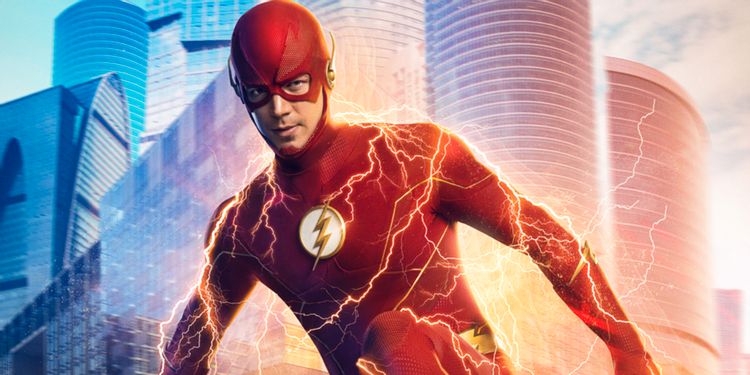 Season 8 of ‘The Flash’ premieres November 16 on The CW.

The Flash, played by Grant Gustin, has seen his suit change and evolve over the course of the past seven seasons of the series; there is one detail from the character’s comic design that remained absent until now: the iconic Golden Boots. Fans have been theorizing and wondering if this version of Barry would ever wear the iconic boots and now those questions have finally been answered.

When asked about the upgrade to the suit at this year’s DC FanDome, Gustin said that the iconic boots are “the final element that’s been missing. I’ve loved all the versions of The Flash suit we’ve had on the show, but the suit we have now is the closest to the many iterations you see in the comic books—with the exception of those gold boots! I’ve always felt that those boots would be the final touch.”

The Flash television series debuted on the CW back in 2014 as part of the “Arrowverse,” a collection of interconnected shows starring different characters that all took place in the universe of CW’s Arrow. With the defeat of Godspeed at the end of Season 7 and the name of the first arc to start the series, fans are wondering what could be in store for Team Flash. Alongside Gustin, the series stars Candice Patton, Danielle Panabaker, Rick Cosnett, Carlos Valdes, Tom Cavanagh, Jesse L. Martin, Keiynan Lonsdale, Neil Sandilands, Hartley Sawyer, Danielle Nicolet, Jessica Parker Kennedy, Chris Klein, LaMonica Garrett, Efrat Dor, Kayla Compton, and Brandon McKnight. The series is executive produced by Greg Berlanti, Eric Wallace, Sarah Schechter, Jonathan Butler and Gabriel Garza.

The Flash will debut the new suit in the Season 8 premiere, which will begin with a five-part event known as “Armageddon.” The season and arc will begin on Tuesday, November 16. Check out an additional photo of Barry’s new suit below: